What We Believe and Affiliations

What We Believe and Affiliations

In 2007, a small group of Christians in and around Orange were drawn together by a desire to worship the Lord and study his Word. They began meeting in a home on Sundays for Morning Prayer. In time, a church began, later known as Christ Anglican Church. Various lay and ordained leaders helped lead the church in its early years. In 2011, The Rev. James (Jim) Beavers was installed as pastor.

Christ Anglican is a member congregation in the Diocese of the Mid-Atlantic (DOMA) of the Anglican Church in North America (ACNA) in the worldwide Anglican Communion (What Is Anglicanism?).

Christ Anglican holds to the historical, biblical gospel of our Lord Jesus Christ, the only “…name under heaven given among men by which we must be saved” (Acts 4:12). We maintain the central tenets of faith held by biblically-orthodox Anglicans around the world, drawn from Scripture and the Ancient Church.

Historical statements of our beliefs are summarized in the ancient Creeds (Apostles, Nicene), the Thirty-Nine Articles of Religion, and the Jerusalem Declaration.

The church’s catechism contains instruction and teaching for those new to the Christ faith as well as those growing deeper: To Be a Christian: An Anglican Catechism. 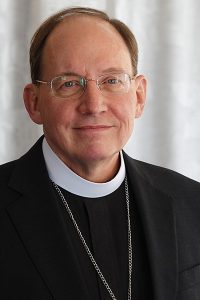 The Rev. Jim Beavers has been pastor of Christ Anglican since 2011.

The Rev. Jim Beavers has pastored Christ Anglican Church since 2011. He is a native of Virginia but has also lived in Tennessee and Pennsylvania. He came to faith in Christ as a twelve-year-old in his hometown church and then slowly grew deeper in relationship with the Lord through the grace and prayers of many godly friends. In 1990, Jim and his wife, Anne, began worshiping in an Anglican church, and Jim sensed a call to ordination and was ordained a priest in 2009.

Prior to becoming a priest, Jim spent a number of years in primary and secondary teaching/administration as well as in non-profit organizations, including the C.S. Lewis Institute.

Jim and his wife, Anne, met at William and Mary and were married during graduate school. They have three grown, married children and seven dear grandchildren scattered across the country.

Jim and Anne enjoy working in the yard and trying to fix a very old and odd house.